The Whole Nine Yards celebrates and commemorates the life of A29-448, a Curtiss P-40N Kittyhawk fighter flown for several months during World war 2 in a remote tropical warzone of the south-west Pacific.
Abandoned at the side of an airstrip after a landing mishap, the aircraft lay forgotten for decades before being recovered and brought to New Zealand, with more decades passing before restoration commenced. Three years later the aircraft once again took to the air, a fully rebuilt example of an heroic era of warbirds.
However, this story is not only about the restoration. The author has traced pilots who flew it; men who have graciously provided their stories of a time that is often painful to recall.
The book is also about the history of the Kittyhawk aircraft, its beginning, its capabilities, its foibles and its often neglected but important role as a low-level fighter-bomber.
The story of A29-448 also encompasses much of the story opf 75 Squadron RAAF, an Australian fighter squadron that fought with intense patriotism and bravery in the theatre of war that was generally ignored by the press. 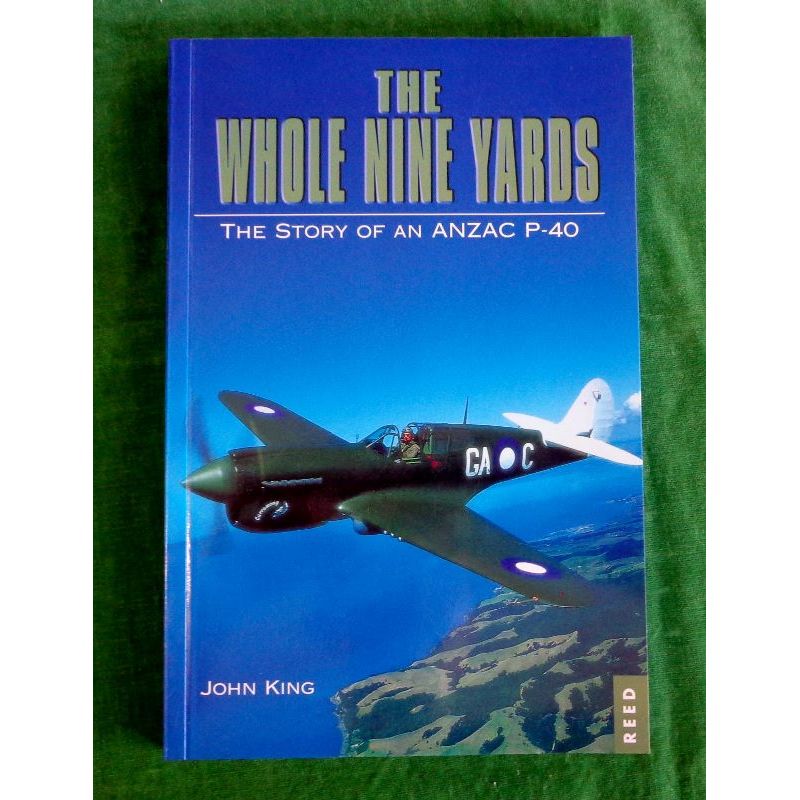