If Bruce McLaren, Denny Hulme and Chris Amon lacked a common thread in motor racing background they can all claim a genuinely unique place in New Zealand sporting history. In the sixties, they gave a small nation three drivers of the highest quality on the Formula One Grand Prix scene. No New Zealander had made such an impact at Grand Prix level before them and no-one has since, nor are they ever likely to.
This is the story of Bruce McLaren, Denny Hulme and Chris Amon – Champions of Speed. 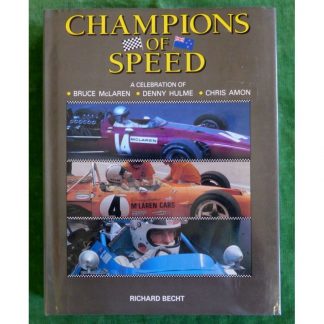